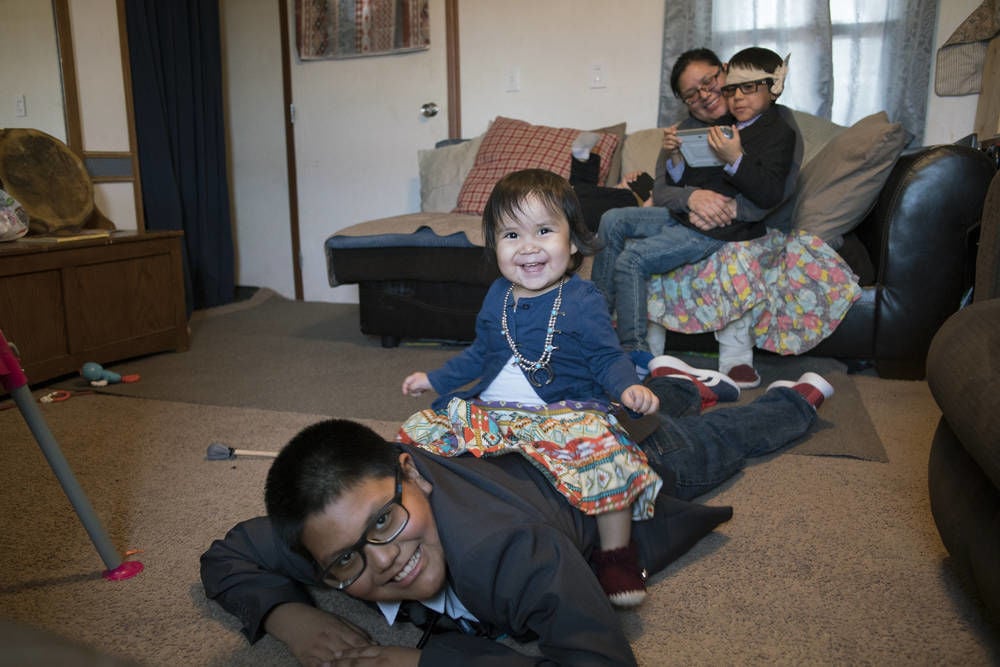 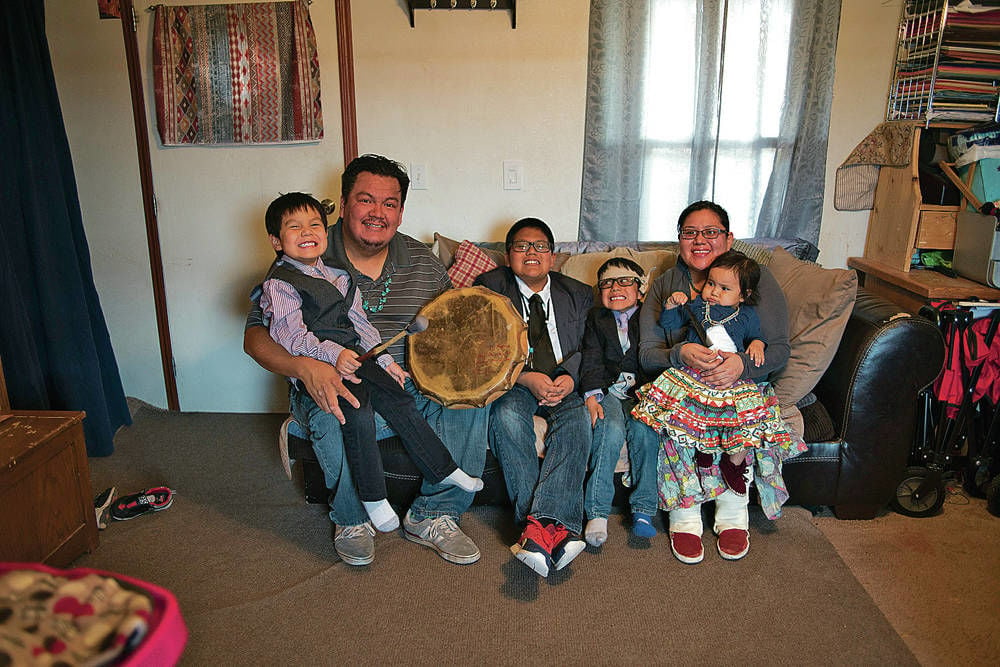 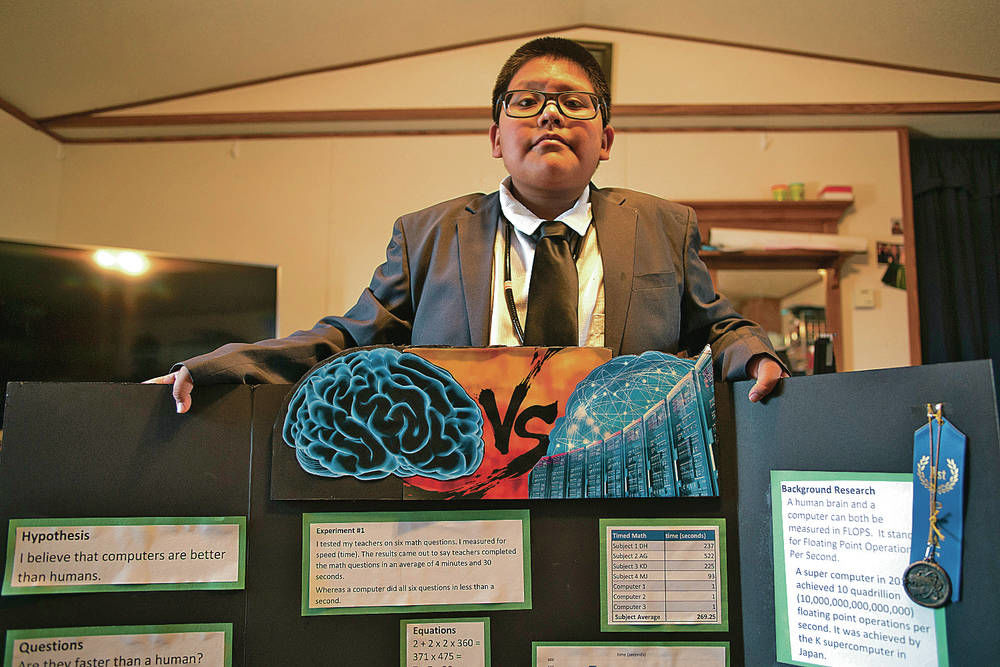 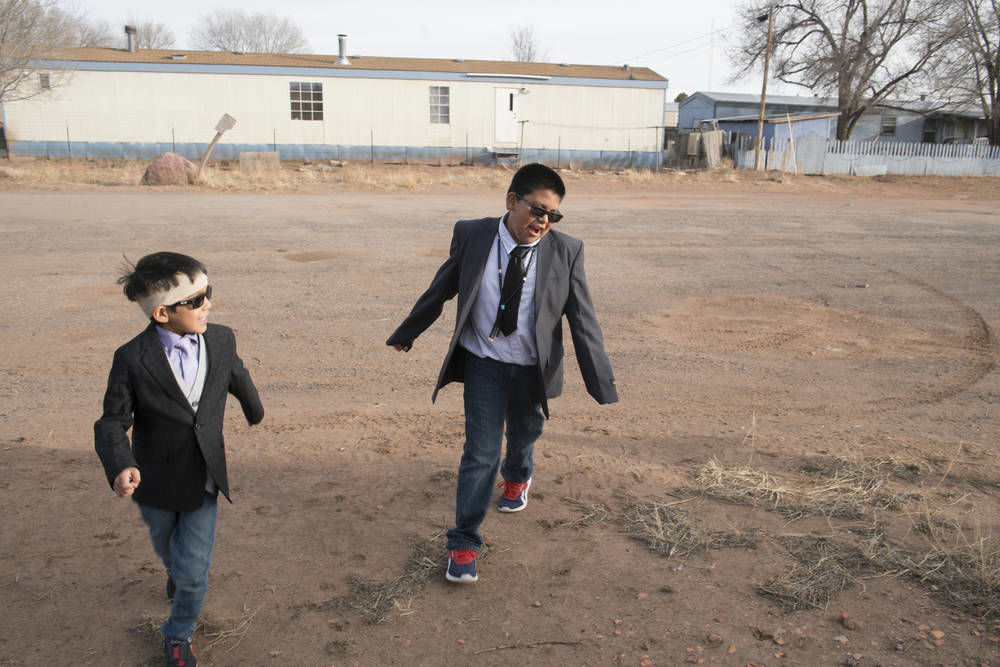 Conner and Tyler like to wear both suits and traditional dress; Tyler also favors a tie. Don Usner/Searchlight New Mexico 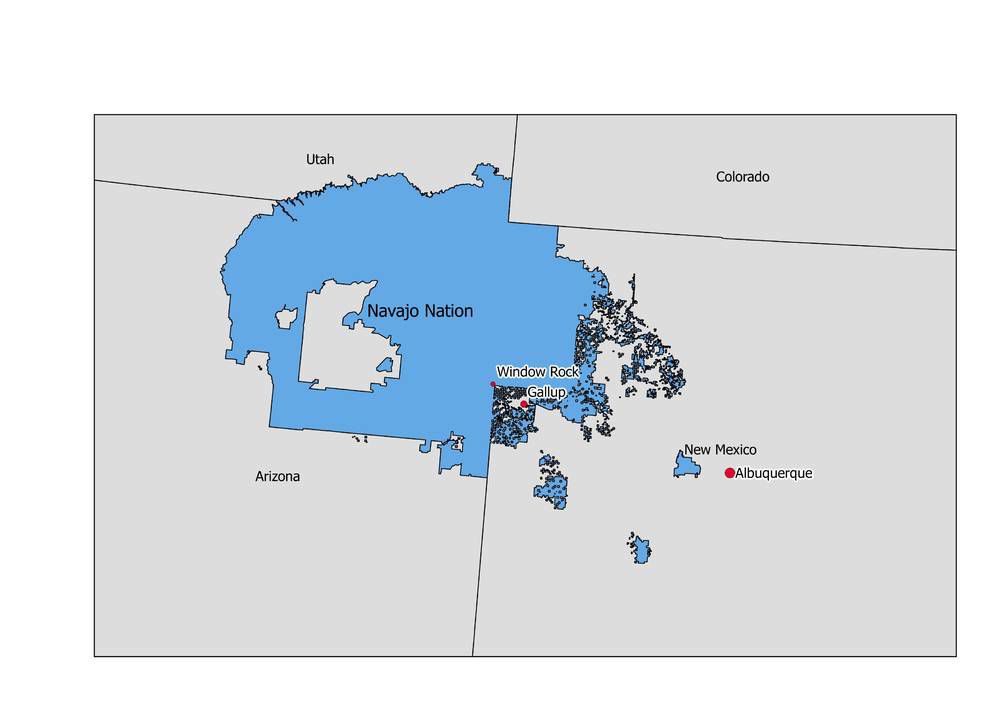 Conner and Tyler like to wear both suits and traditional dress; Tyler also favors a tie. Don Usner/Searchlight New Mexico

Tyler Bennallie, 11, sprawls on the floor of his family’s mobile home on the Navajo Nation in Fort Defiance, Ariz., while his baby sister bounces on his back. He doesn’t mind when 1-year-old Emily plays horsey on him, or when she babbles loudly in his ear, or when she interrupts his efforts to talk about his favorite things, like Iron Man Legos.

A tall, kind-faced boy with dark-framed glasses and a buzz cut, Tyler doesn’t even object when Emily grabs his prized Diary of a Wimpy Kid books. His brothers, Conner, 4, and Bryson, 6, meanwhile play with his Lego superheroes — his most treasured possessions — which could be headless, legless or missing in action by the time the two get done. “They usually destroy all my stuff,” Tyler says calmly.

He lives with his family on the Navajo Nation. Many of the Diné (“the people,” in Navajo) live in remote communities separated by miles of desolate country. Families grow up in hogans and homes without running water, electricity or plumbing. The closest grocery store might be 40 miles away.

The Bennallie home is urban by comparison. The family resides a few miles north of Window Rock, the capital of the Navajo Nation, where there’s a shopping center, cinema, museum, government offices, small zoo and a memorial to the Navajo Code Talkers, who used their language to transmit top-secret military messages to the Allies and thus played a pivotal role in winning World War II.

The family’s single-wide trailer is a cheerful clutter of toys, photos, plastic bins, science projects, craft supplies, clothes, tables, chairs and couches, arranged as neatly as possible. It is home to the four children and their stay-at-home mother, Amanda; father, Evans (an IT manager for the Navajo Nation Division of Transportation); and grandmother Mary Lou Tsosie, an account clerk at the Navajo Tribal Utility Authority.

Mary Lou gets the master bedroom; the six Bennallies share two small bedrooms. And there’s always space for Valerie Tsosie, Amanda’s older sister, who drops by to take care of the kids and “get my family time,” as she puts it.

Family is everything. “Our parents lived on a dirt floor without running water or electricity,” Valerie says. “We didn’t think twice about it. Later on, when people told me I was poor, I said, ‘Oh, I was?’ ”

Valerie joined the military “the minute I turned 18” and lived in Paris and New York before realizing she needed to return home: “I didn’t want to be the outsider anymore.”

Amanda helped her find her footing. “She reeled me in,” Valerie says.

Some of their family members have been impacted by substance abuse, as have many people on the Navajo Nation. But Amanda doesn’t necessarily blame poverty. She attributes the problem to a lack of foundation, her word for tradition. Without tradition as a foundation, she says, people get lost.

She wears traditional clothes — a skirt, moccasins and jewelry to honor the culture and protect her from bad fortune, she said.

“It’s a way of life. It’s who we are. It’s how you stay positive; it’s how you move forward,” Amanda says.

Students unintentionally practice what’s commonly called “walking in two worlds.” They play the ancient Navajo stick game at the Tsé Hootsooí Diné Bi’ school. But they also play Angry Birds on their smartphones. They learn about Diné core values, including balance, wellness and kinship. But if they’re like Tyler, they’re also thinking about robots, supercomputers and megaflops.

The immersion school teaches in Navajo until third grade, then students switch to English to prepare for them for required standardized tests. The toggling can be hard.

Valerie says Tyler chafes sometimes when she makes him say “Bad Piggies” in Diné before letting him play the game. He seems to feel more comfortable with English, but struggles with things like spelling bees.

“I don’t even know how to spell burrito,” he laments.

Amanda understands, but she believes fiercely that traditional ways of life and culture hinge on keeping the language alive. She speaks it fluently, as does her sister and mother.

Tyler’s own fluency — and his ability to say “Sandy Plankton” in Diné — are the main reasons he won a speaking role in the Navajo version of the blockbuster Finding Nemo, in 2015. He was in third grade when he was chosen for the part of Tad, the bullying butterflyfish who goads Nemo into swimming out into the open sea.

“What were the lines I had to say?” he asks his mother recently. He is not impressed with his own stardom and only talks about the movie when prodded.

“The line I remember most is, ‘I’m obnoxious,’ ” his mother says, laughing. “There’s no word in Navajo for ‘obnoxious,’ so they translated it into a word that means ‘I’m ugly’ or ‘I’m trash’ or that kind of thing.”

Finding Nemo (“Nemo Hádéést’į́į́”) was only the second Hollywood film dubbed in a Native language, the first being the 1977 Star Wars movie, which debuted in Navajo in 2013. Pixar-Disney made both features in collaboration with the Navajo Nation Museum in Window Rock, aiming to inspire young people to learn what many fear is a dying language.

Mastering it is no easy feat. Navajo was chosen as the Code Talkers’ language precisely because it’s one of the most difficult in the world.

What’s remarkable, linguists say, is that Navajo — or Diné Bizaad — has experienced one of the most successful rebounds of its kind in North America, thanks to the revitalization efforts of Navajo parents, advocates and educators. With more than 169,000 speakers, it is the most commonly spoken indigenous language on the continent, the U.S. Census says.

Navajo is still at risk — as is every indigenous language in the world, according to the Endangered Languages Project. And some other languages are a few speakers away from extinction.

As soon as Tyler and Bryson arrive at school, their Diné day begins.

“Yá’át’ééh,” the principal greets each student.

One of the school’s goals is to help children become fluent enough to talk to their grandparents, hear the old stories and songs, and pass the knowledge to the next generation.

Amanda doesn’t want her children to be afraid of the outside world; the family takes trips to Disneyland and elsewhere. But she says the most important thing is that they feel a sense of identity in the traditional world.

Inside the family’s mobile home, where the foundation for that traditional world is being laid, Tyler is the gentle big brother, the one who doesn’t yell at his baby sister or get mad at his brothers for destroying his toys. He’s the one they climb on and call on for help.

“Once he was born, I always prayed,” Amanda says. “I prayed, ‘I want more of him.’ ” And my prayers were answered. With him, he was the mold. And how I’m close to him? That’s how I’m hoping it is with all my kids.”