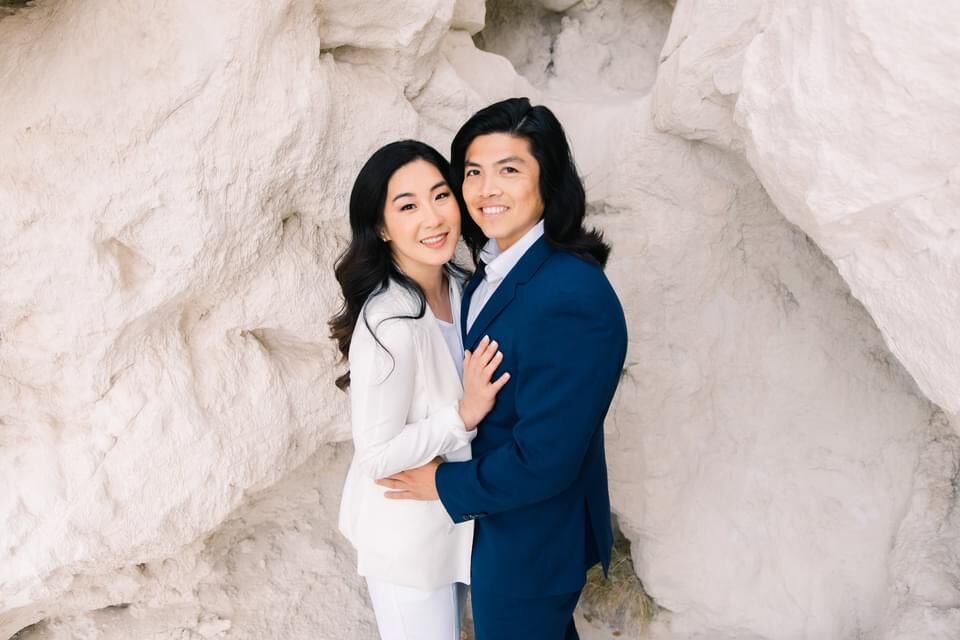 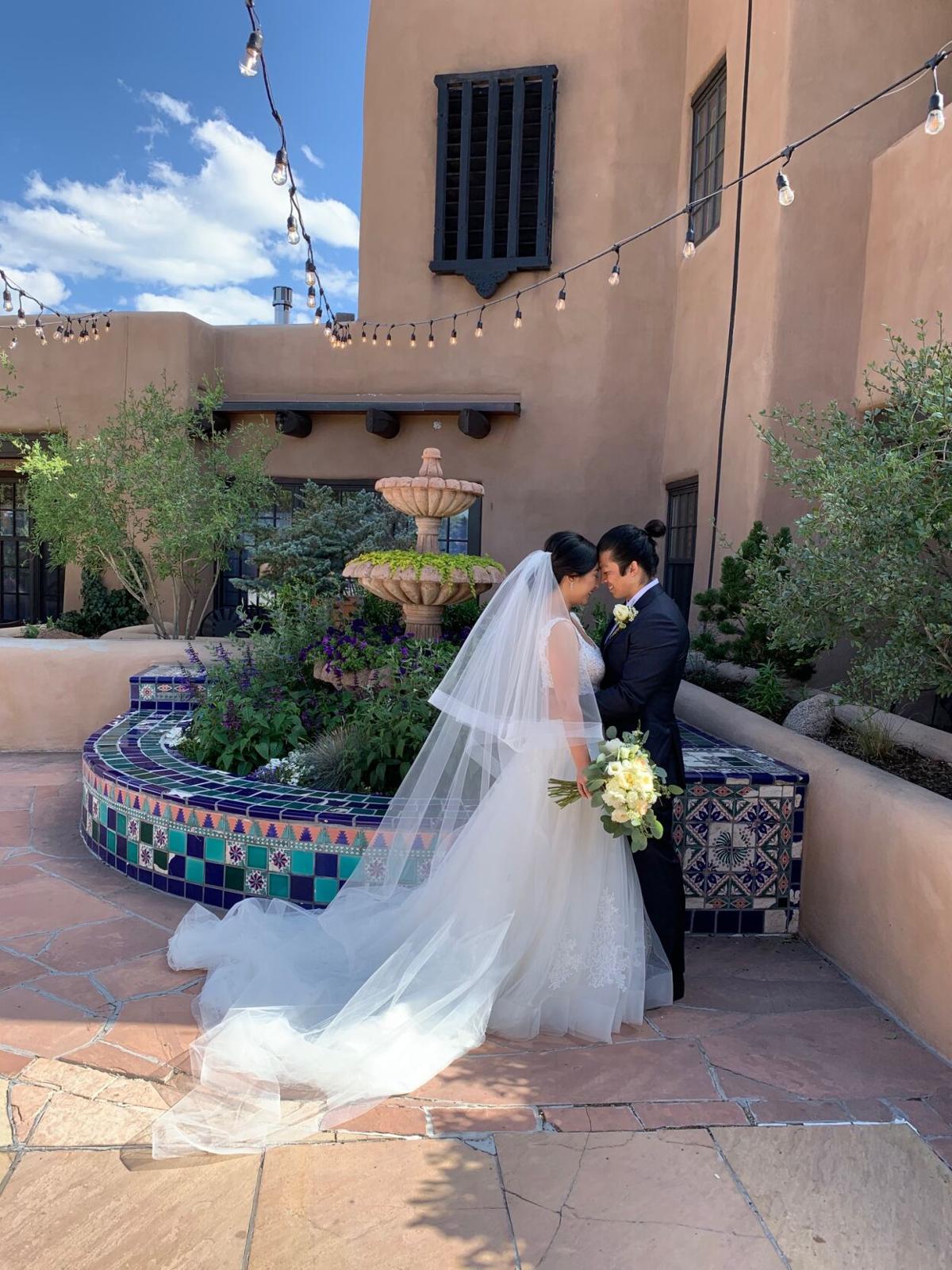 PaaWee Rivera and Sera Lee were married Aug. 20 at La Fonda on the Plaza in Santa Fe. 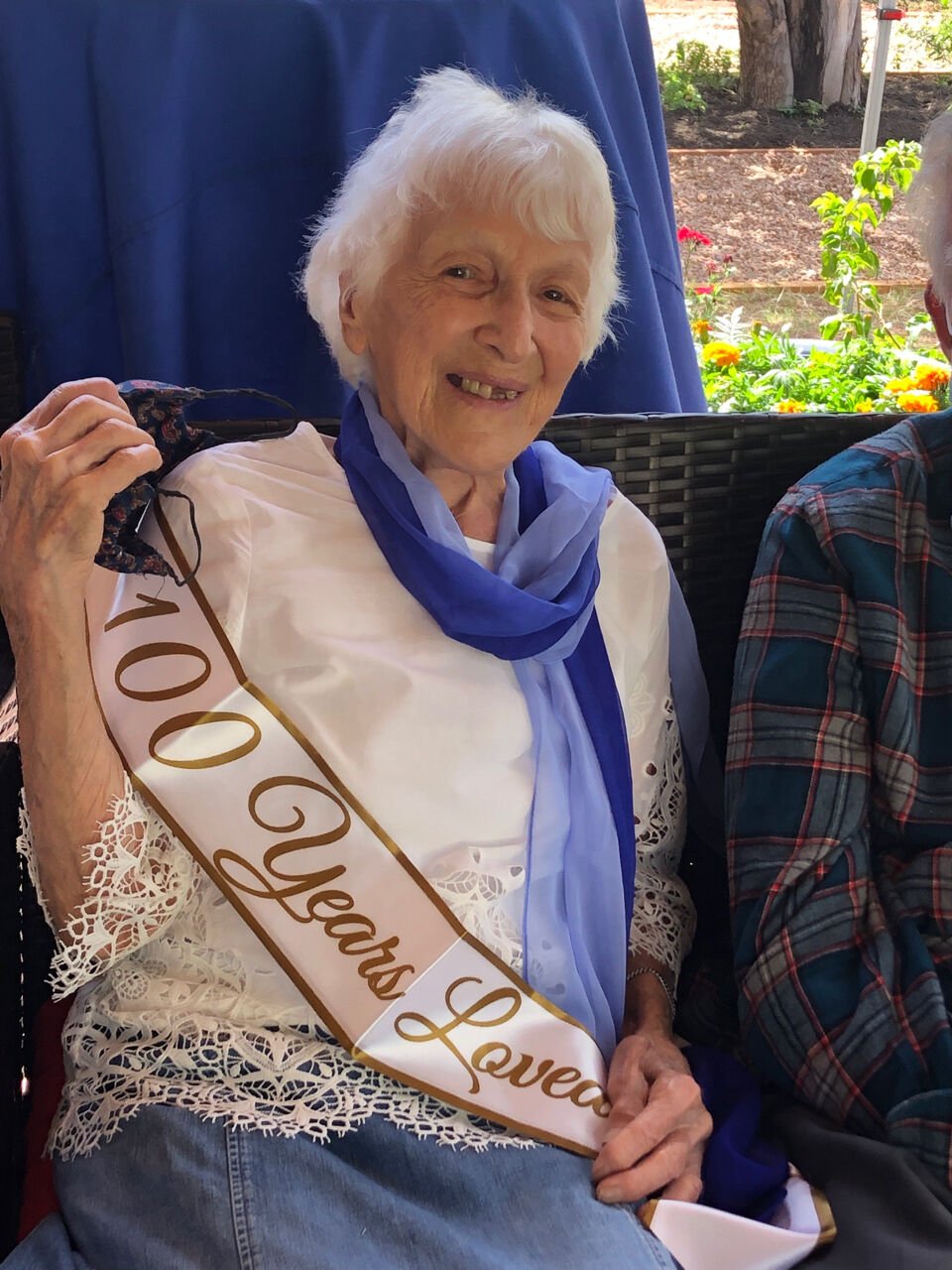 PaaWee Rivera and Sera Lee were married Aug. 20 at La Fonda on the Plaza in Santa Fe.

PaaWee Rivera and Sera Lee were married Aug. 20, 2021, in Santa Fe. The late-afternoon ceremony on the rooftop patio at La Fonda on the Plaza was officiated by Salvation Army colonels Bobby and Anne Westmoreland.

The groom is the son of sculptor and former Pojoaque Pueblo Gov. George Rivera and stepmother Felicia Rosacker-Rivera. His mother is artist and Los Alamos National Laboratory employee Kyuhee Lee Bussod, and his stepfather is Gilles Bussod.

The bride’s parents are David and Mikyung Lee of Springfield in northern Virginia, pastors of the Salvation Army.

During the ceremony, the bride and groom’s mothers wore Hanboks, traditional Korean dresses, handmade in their native country.

The couple met in 2015 while both worked at the Democratic National Committee in Washington, D.C. Their first date was at the Franklin Delano Roosevelt Memorial near Washington’s Tidal Basin, fitting for a couple involved in Democratic Party politics.

Elliott Martin of Nambé served as best man. He works as an engineer at NASA in Greenbelt, Md. He and the groom first met when they played youth soccer in Pojoaque as 5-year-olds. Both graduated from Santa Fe Preparatory School.

The maid of honor was Joy Lee. She serves as press secretary to Rep. Nancy Pelosi, speaker of the U.S. House of Representatives.

The groom’s sister, PoQueen Rivera of Albuquerque, served as a bridesmaid; she is the government relations director of New Mexico’s Department of Indian Affairs. Other bridesmaids were Jenny Kwon of Atlanta, Emily Ng of Seattle and Clara Jeong of northern Virginia.

The junior bridesmaid was Paloma Rivera, and the flower girl was YsaDora Rivera, both sisters of the groom.

After the ceremony, the Lightning Boy Foundation, named after the Tewa name of the groom’s deceased younger brother, Valentino, performed. One of the dancers was junior bridesmaid Paloma Rivera.

At a later date, the couple plan trips to visit the groom’s maternal grandmother in Hawaii and to Korea to visit the bride’s relatives.

Ethel Sery Trimmer celebrated her 100th birthday in late August at a party hosted by her son Mark and husband Maurice.

Among the 60 people attending were out-of-town relatives from all parts of the nation. The balance, Mark explained, “are people who are friends and still alive.”

These included friends from the downtown Presbyterian church where the couple have been active for decades and fellow members of Ethel’s line-dance group. Besides Ethel and Maurice, the next oldest guests were in their 80s.

During a long career drafting architectural plans, she worked for engineering and architectural firms, first in New York and then New Mexico.

For 18 years until her retirement, she worked at the National Park Service’s Santa Fe headquarters. She made drawings of buildings at the Pecos National Monument headquarters, as well as Fort Union, Aztec ruins, Hubbell Trading Post, Lyndon B. Johnson’s boyhood home and Big Bend National Park.

Now in his 90s, her husband Maurice Trimmer was a state Capitol correspondent for the news agency UPI, later serving as press secretary for Gov. Jack Campbell. He also worked in the communication departments of the New Mexico Oil and Gas Association and St. John’s College.

For most of their time in Santa Fe, the couple have lived on a quiet street near Fort Marcy park. In 1963, the Trimmers bought the comfortable house where they live. They have maintained its midcentury-modern architecture.

When asked how Santa Fe has changed in her decades here, Ethel Trimmer said the city has become more sophisticated, with more cultural attractions.

The Trimmers attend the First Presbyterian Church on Sundays. Ethel and Maurice first saw each other at the church on Grant Avenue where she served as a deacon. Their first date was dinner at the Pink Adobe, followed by a gospel concert. They were married at the Presbyterian church on July 15, 1961, by the Rev. Bob Boshen. His mother chose the date, according to Mark, because Maurice’s birthday is July 14, and if she had married him a few days earlier, she would have been a full 10 years older than her husband.

Twice a week the Trimmers visit the Fort Marcy Recreation Complex, where she swims laps and he works out in the gym. She has a row of 25 gold medals from Senior Olympics hanging in the living room. After a break from swimming competition because of pandemic restrictions, she wonders if she will be in good enough shape to compete in races, but says if she does, she will be sure to win many more gold medals, as she will be the only one in her age group.

She began to swim seriously 25 years ago when doctors told her she needed back surgery to cure a painful condition. She refused surgery and cured herself by swimming.

She was also part of a line-dance group until the pandemic ended gatherings. Recently her fellow members threw a dancing birthday party for her at Tiny’s.

She still plays the alto recorder, from memory now, as macular degeneration makes it difficult to read written notes in a score.

Ethel’s parents were Greek immigrants to New York City. Her mother came from the town of Pontis on the Black Sea, her father from Anatolia. The family has a long history of Protestant faith, as her grandfather was a minister in northern Turkey, building a church there.

After emigrating to the United states, her father survived a case of the 1918 flu, then tuberculosis, but died soon after from medical neglect. Her mother was placed in a sanitarium for several years. Ethel spent much of her childhood in an orphanage in Brooklyn, where she received a solid education. Her first memory is of being taken to the orphanage at age 5.

While she was there, someone brought a horse to the institution, and the children took turns riding it. She was hooked, and later took lessons at a Brooklyn riding stable, which burned down with many horses in it. She moved on to a stable in Manhattan, riding in Central Park. Ethel and her classmates rode in the St. Patrick’s Day parade, representing Protestants by wearing orange sashes.

For 10 years, Ethel worked in Manhattan for the naval designer Gibbs & Cox. She got the job when most of the company’s male employees joined the armed forces in World War II.

While living in the city, she amused herself by reading Western novels and listening to cowboy music. On summer vacations, she took pack trips to the American West: Idaho, Montana, Colorado and New Mexico.

During her first New Mexico summer, she packed into the Pecos Wilderness, riding out of the Mountain View Ranch in Cowles.

At 100, Ethel clearly remembers details of that trip. Her gray and white horse was named Frosty.

She stayed in a canvas tent, which along with the kitchen equipment, was carried on a mule train. The camp cook made bacon and eggs, steak, beans and cooked “plenty of trout,” she said.

On a later pack trip to the Pecos, in 1953, her tentmate was Ethel Ballen, later co-owner of La Fonda.

The Trimmers' son, Mark, was born in 1962. He attended Santa Fe High School and graduated with a business degree and an MBA from New Mexico State University in Las Cruces. He lives in Albuquerque. There are two grandchildren, Nicholas and Stepho.

Ethel is busy every day. She does household chores but only a little cooking: Ethel and Maurice each make their own meals. She takes care of her houseplants and outside garden. The couple walk in the neighborhood. She says they watch “plenty of TV," including old Western movies.

When asked how she came to live so long, she replied that her mother and brother both lived well into their 90s: “I’ve got the genes for it.”