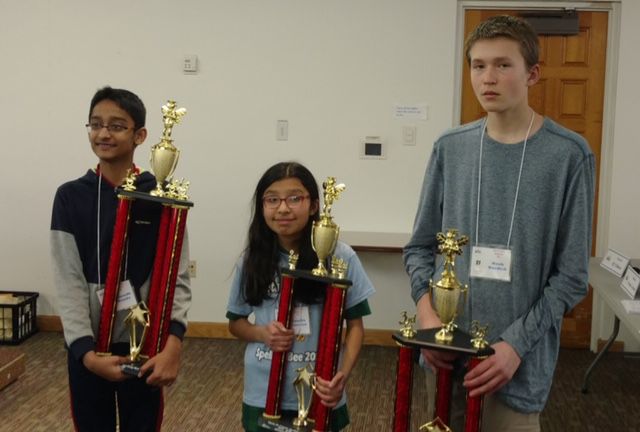 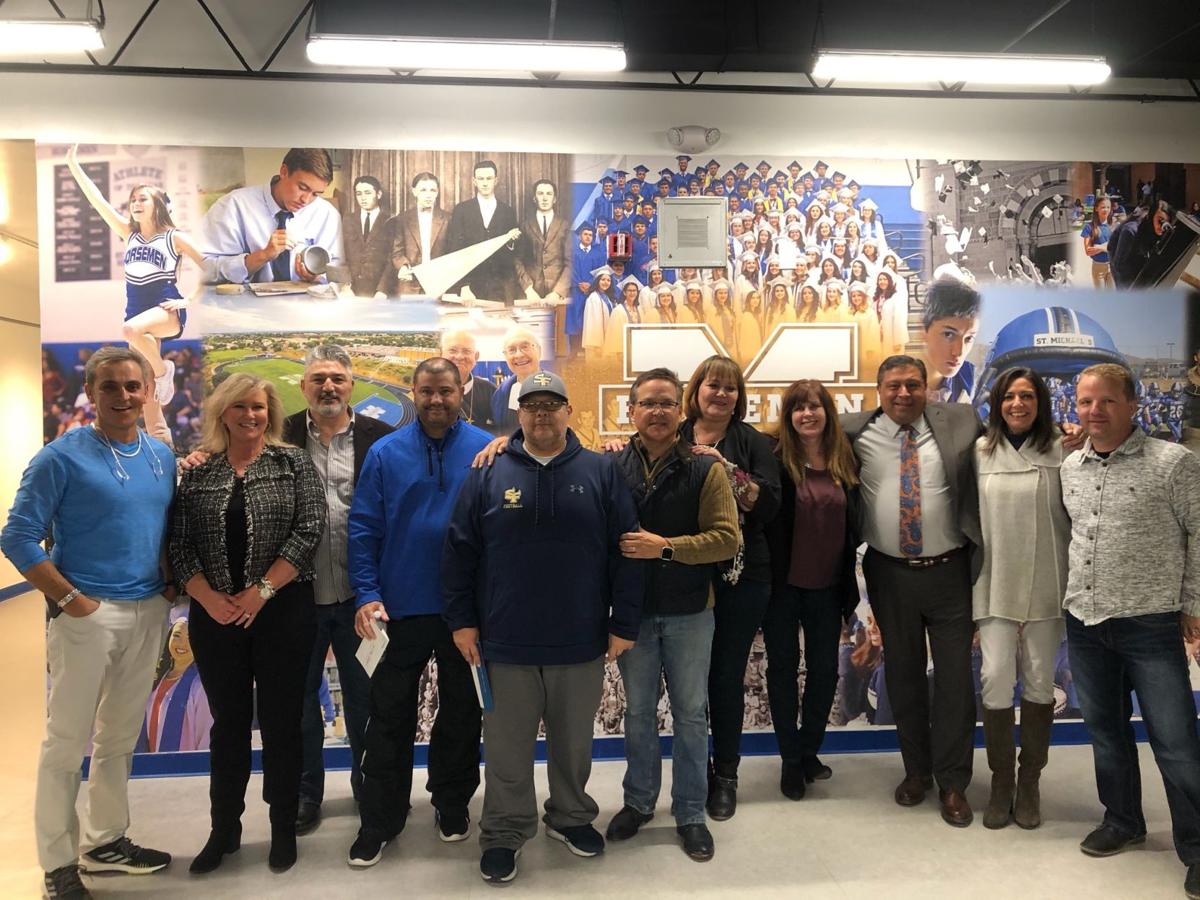 Along with champion Nanda, other winners were first runner-up Camila Carreon of Carlos Gilbert, a fifth grader, and second runner-up Noah Burdick from Santa Fe Prep, an eighth grader. All three students will advance to the state competition in Albuquerque.

The winning word for this year’s bee was “haggis.”

Lillian Petersen of Los Alamos High School is one of 40 finalists in the Regeneron and Society for Science & the Public’s Regeneron Science Talent Search, a national science and math competition for high school seniors. For her project, Petersen devised a versatile crop prediction tool based on satellite imagery that enables a single user to estimate harvests early in the growing season across the entire African continent in real time, according to a news release. Her predictive system has the potential to expedite delivery of food aid worldwide.

Each finalist, selected from 1,993 entrants, will receive $25,000 and travel to Washington, D.C., from March 5-11, where they will undergo a scrupulous judging process by leading scientists and compete for more than $1.8 million in awards. The top 10 awards, which will be announced at a black-tie gala awards ceremony at the National Building Museum on March 10, range from $40,000 to $250,000.

Casey Lakatos, a theater arts major from Santa Fe, was named to the Dean’s List for the fall 2019 semester at Coastal Carolina University in Conway, S.C.

Arturo Archuleta, an accounting major from Las Vegas, N.M., was named to the Dean’s List for the 2019 fall semester at Upper Iowa University in Fayette, Iowa.

Emmett Smith of Santa Fe was named to the Becker College Dean’s List for the fall 2019 semester. Smith is pursuing a Bachelor of Arts in interactive media design, game development and programming concentration. Becker College is in Massachusetts.

The following ENMU students from the local area were named to the Dean’s List for the fall 2019 semester: