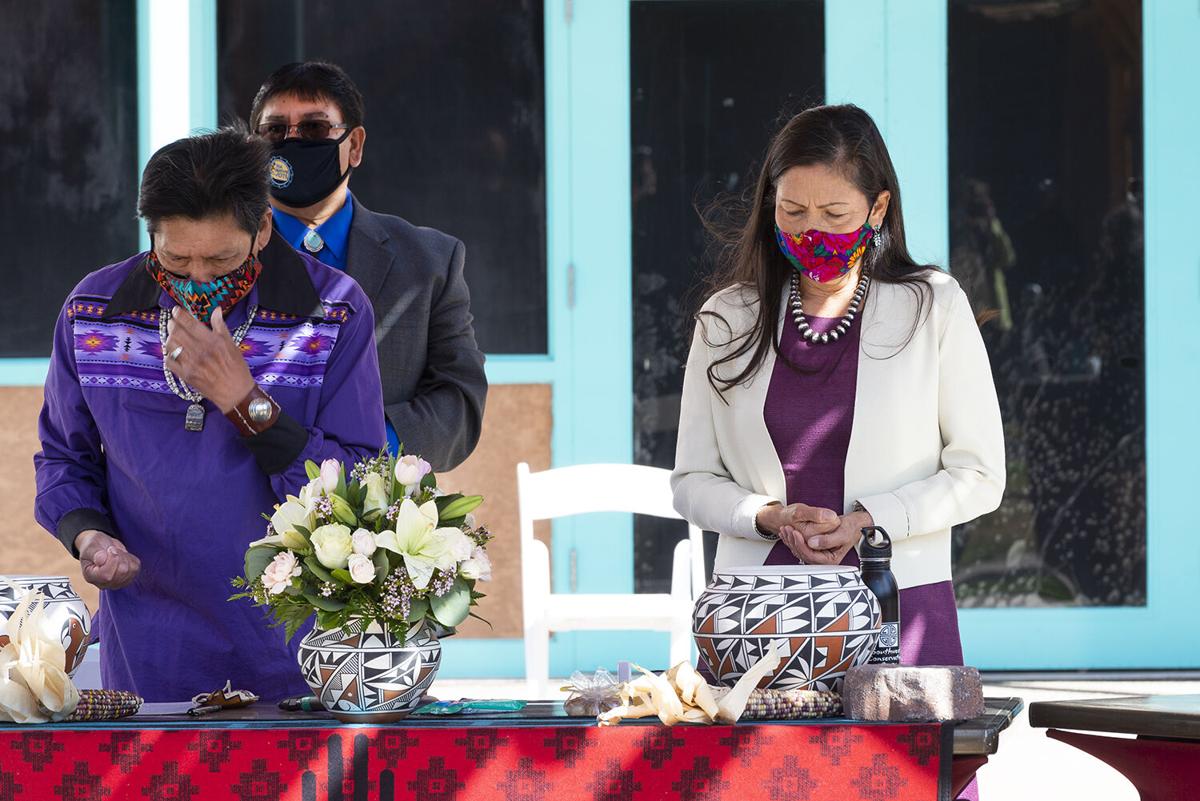 Interior Secretary Deb Haaland joins Wilfred Herrera Jr., chairman of the All Pueblo Council of Governors, in a blessing prior to meeting with 15 Pueblo governors Tuesday at the Indian Pueblo Cultural Center in Albuquerque. 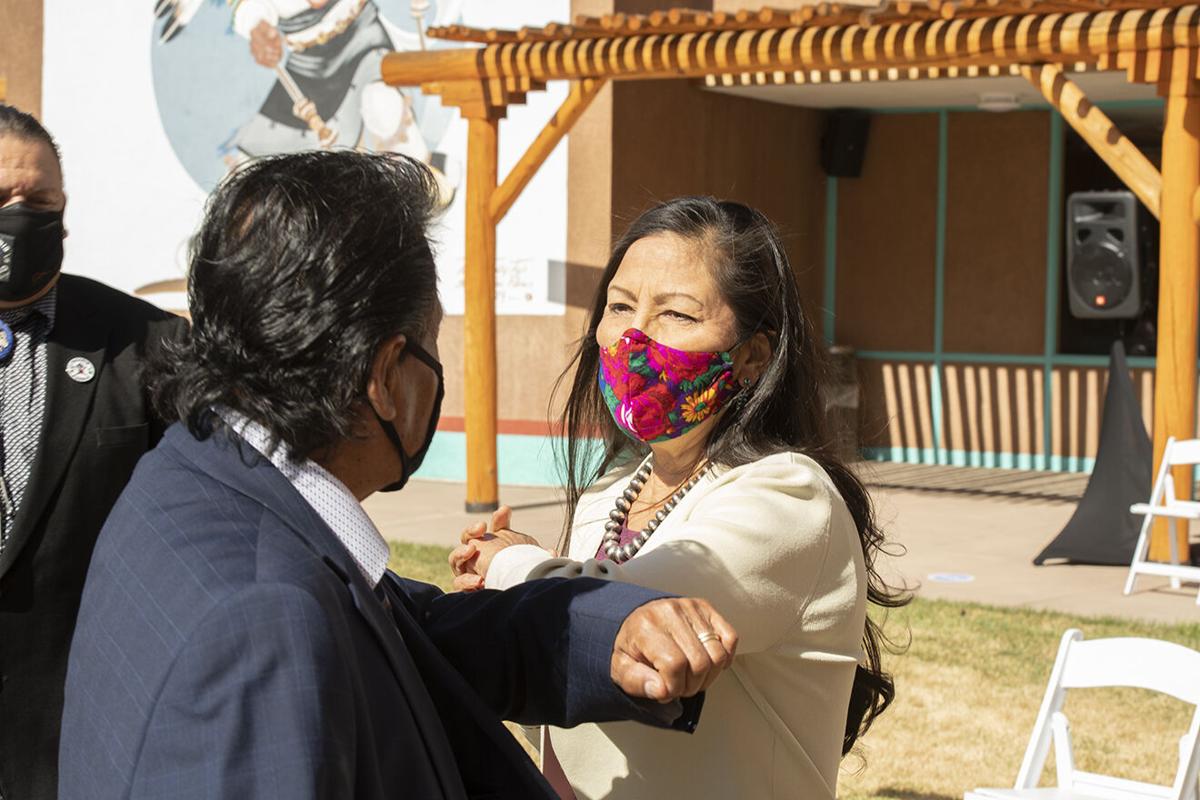 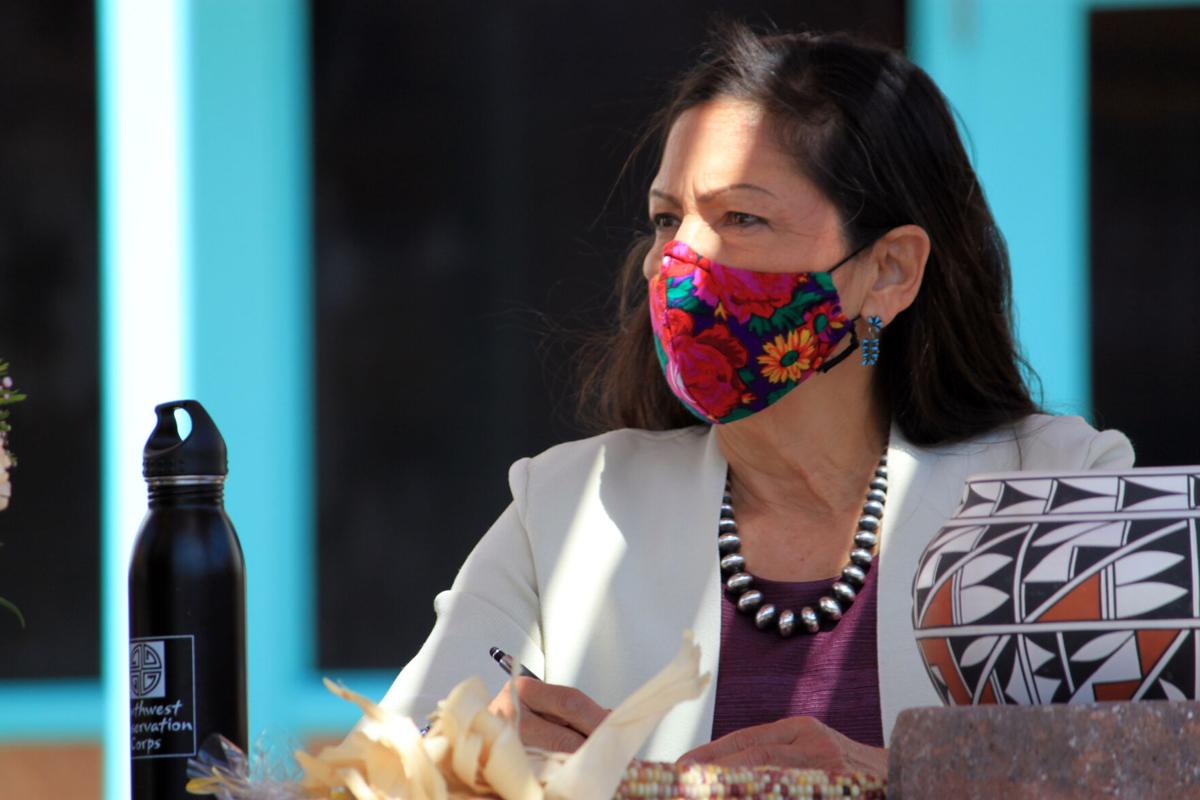 U.S. Interior Secretary Deb Haaland listens to tribal leaders and jots down notes during a round-table discussion Tuesday at the Indian Pueblo Cultural Center in Albuquerque. The visit marked Haaland's first to her home state after being confirmed as head of the federal agency, making her the first Native American to hold a Cabinet position. 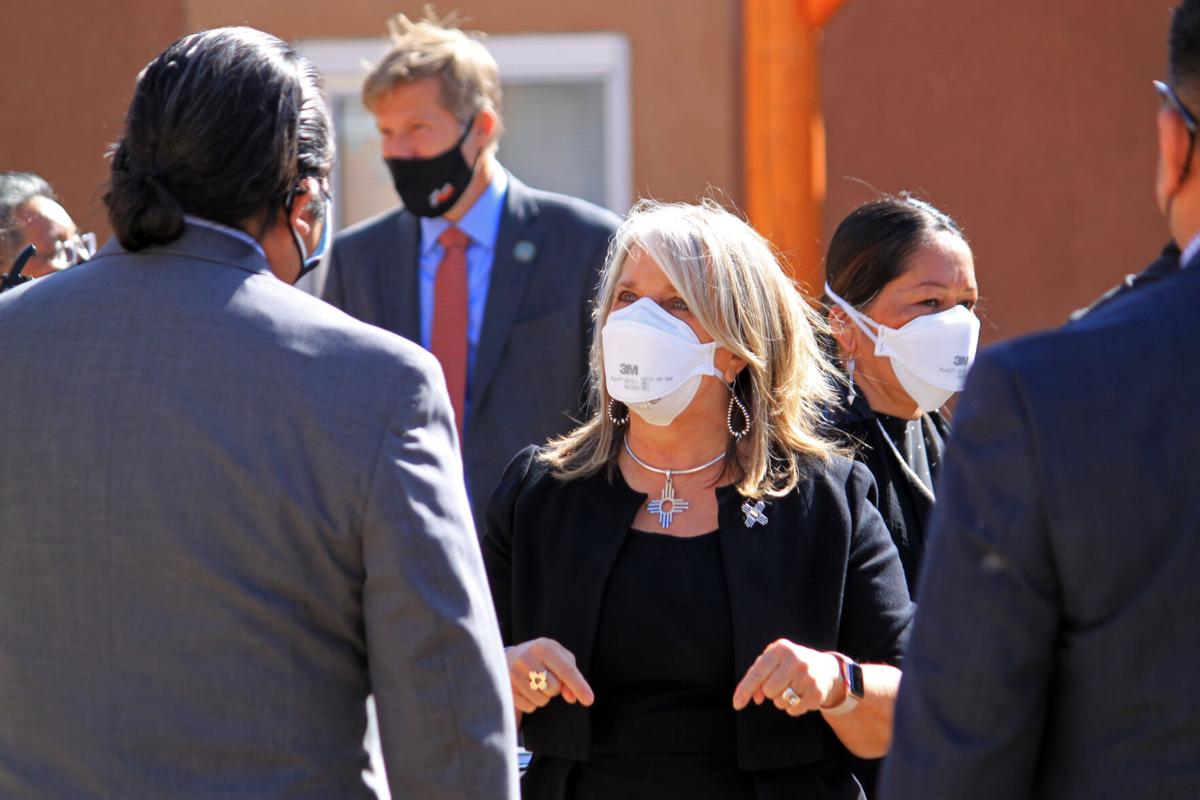 Interior Secretary Deb Haaland joins Wilfred Herrera Jr., chairman of the All Pueblo Council of Governors, in a blessing prior to meeting with 15 Pueblo governors Tuesday at the Indian Pueblo Cultural Center in Albuquerque.

U.S. Interior Secretary Deb Haaland listens to tribal leaders and jots down notes during a round-table discussion Tuesday at the Indian Pueblo Cultural Center in Albuquerque. The visit marked Haaland's first to her home state after being confirmed as head of the federal agency, making her the first Native American to hold a Cabinet position.

Dozens of tribal leaders gathered in the courtyard of the Indian Pueblo Cultural Center in Albuquerque for a roundtable discussion with Haaland, Gov. Michelle Lujan Grisham and the state’s two U.S. senators.

Tribal leaders told the group their prayers had been answered with Haaland’s selection to lead the Interior Department, which has broad authority over Native Americans. They called her a “formidable guardian” and “steward” who will help protect their lands and interests.

Haaland dabbed tears from her eyes during her introduction and received a standing ovation.

“Help is on the way,” she told the group — a refrain that the Biden administration has been echoing from coast to coast during the many visits White House officials and others have been making to tout the federal government’s latest COVID-19 relief package.

Haaland reiterated that every federal agency must recognize its responsibilities to tribes. She also acknowledged the devastating effects of the pandemic on New Mexico’s pueblos and said the Interior Department also lost employees to COVID-19.

She placed her hand over her heart as she listened to stories from Pueblo leaders.

“I thank all of you for doing such an amazing job and getting your communities here in New Mexico vaccinated,” Haaland said. “I know how difficult it has been to keep our people safe and healthy during this terrible pandemic.”

Expectations of Haaland are high. She’s well versed in the struggles of Indian Country when it comes to things like a lack of basic infrastructure, education achievement gaps, disproportionate health conditions and protecting sacred sites.

She has pushed to ensure tribes are consulted regularly and meaningfully on federal policies and projects that affect them. But some Native Americans see her leadership as a chance to ask for more, to move from consultation to consent and to put more land in the hands of tribal nations either outright or through stewardship agreements.

Democrats have billed the money set aside for Native American communities in the $1.9 trillion federal relief package as the country’s largest, single investment in Indian Country.

About $20 billion will go to tribal governments to help them keep combating the virus and to stabilize community safety-net programs.

More than $2.3 billion is specifically dedicated to COVID-19 testing, tracing and vaccination efforts, while $600 million will go toward health facilities construction and sanitation programs.

Another $420 million will boost mental and behavioral health programs, and $140 million will be tapped for tribal technology improvements and telehealth access.

The package also includes money for housing projects, the expansion of broadband access, other infrastructure and educational programs.

Tribal governors also met recently with U.S. second gentleman Doug Emhoff, husband of Vice President Kamala Harris, when he toured a vaccination clinic at Santo Domingo Pueblo in Northern New Mexico. They told him that the federal Indian Health Service has been chronically underfunded and that the pandemic helped to bring to light to systemic problems such as access to health care and other basic services.

The All Pueblo Council of Governors is made up of tribal leaders from 20 New Mexico pueblos and an Indigenous community near El Paso.

The group advocates on behalf of Native American issues, ranging from educational equity within public schools to limiting oil and gas development in areas considered sacred.