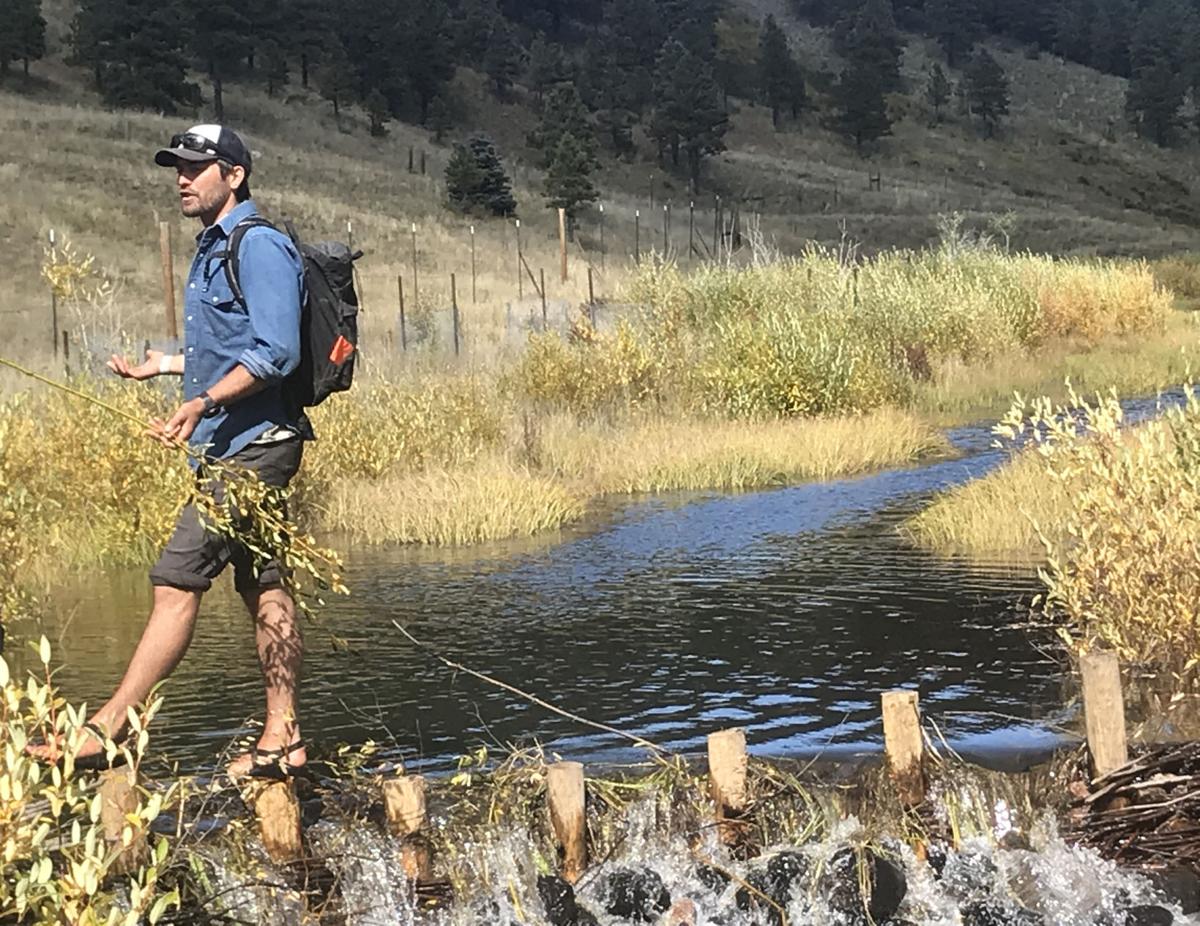 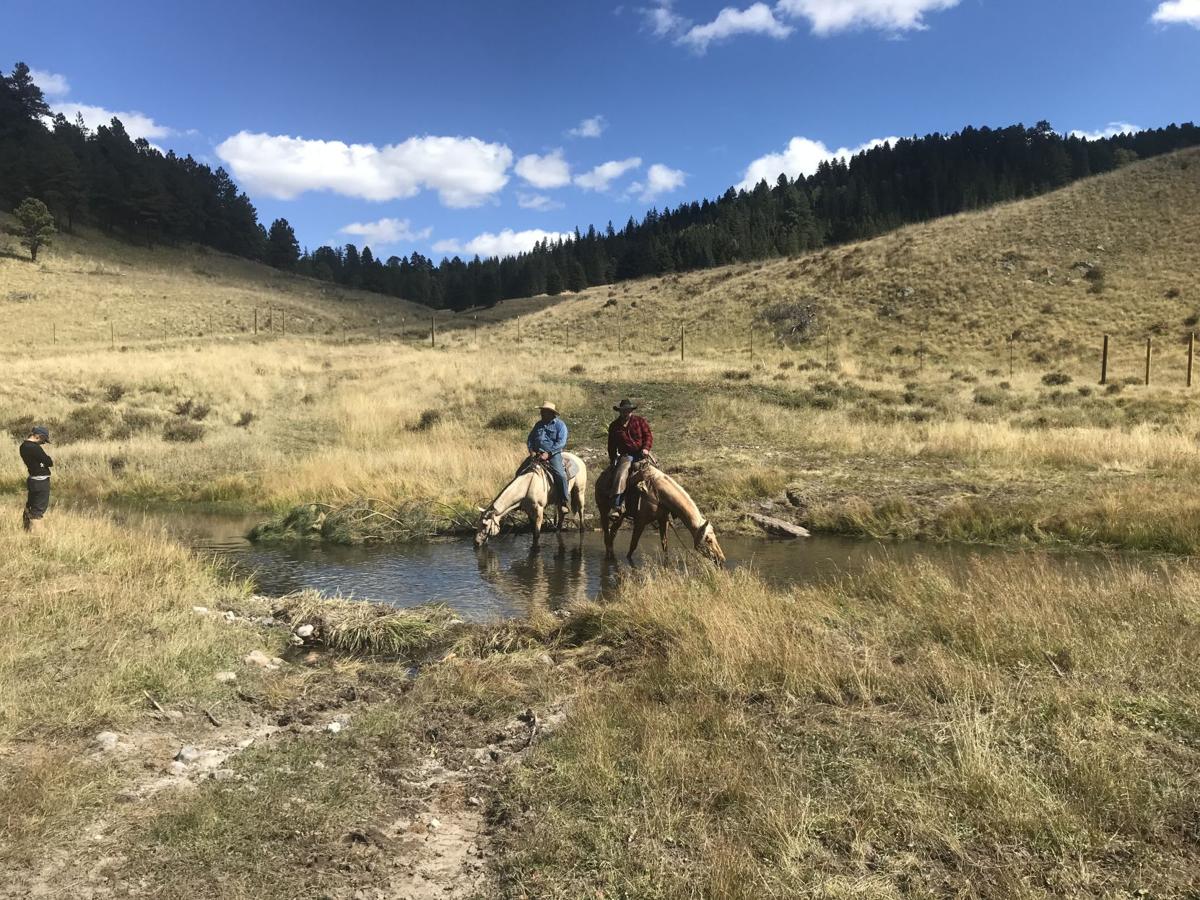 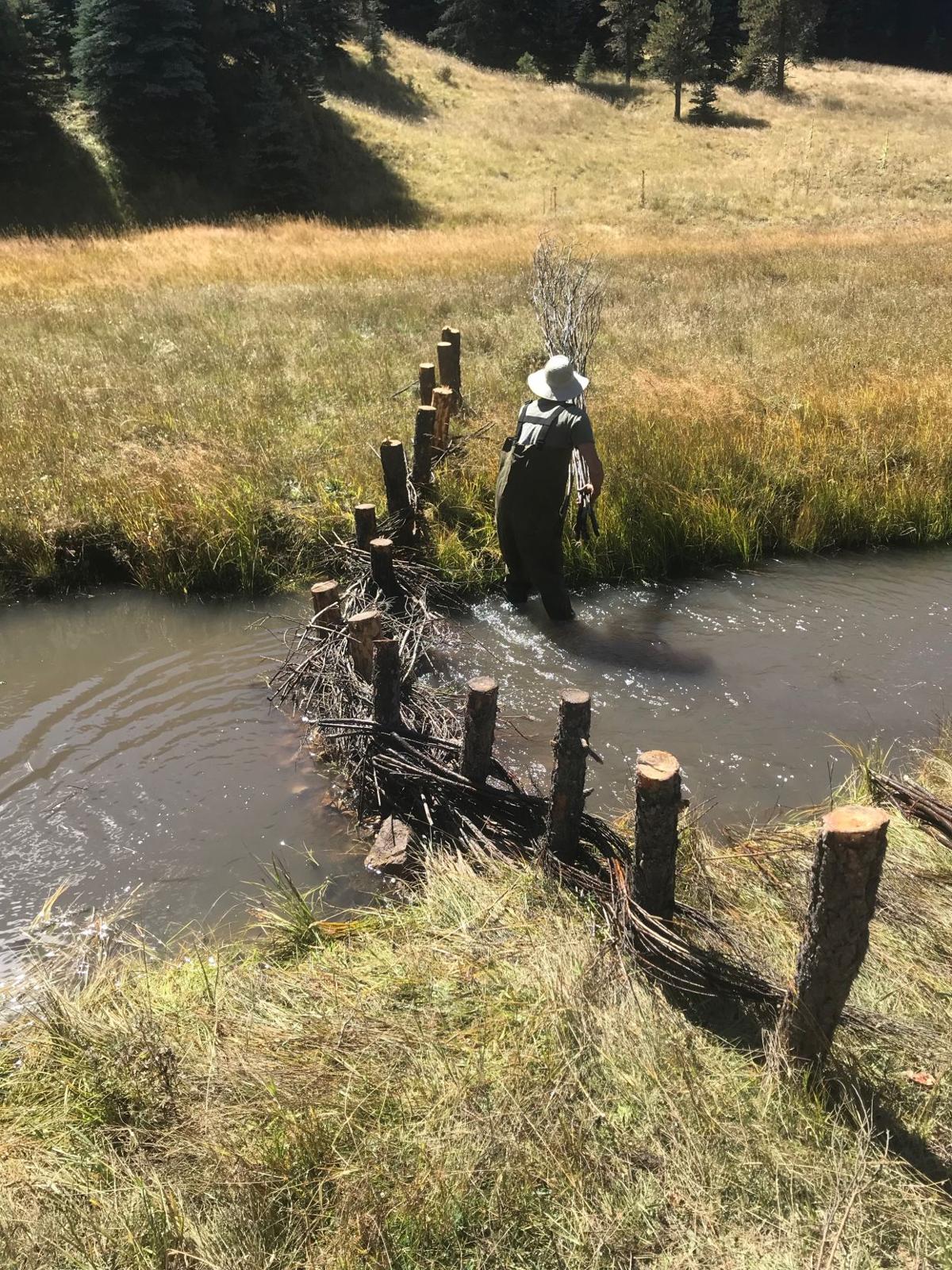 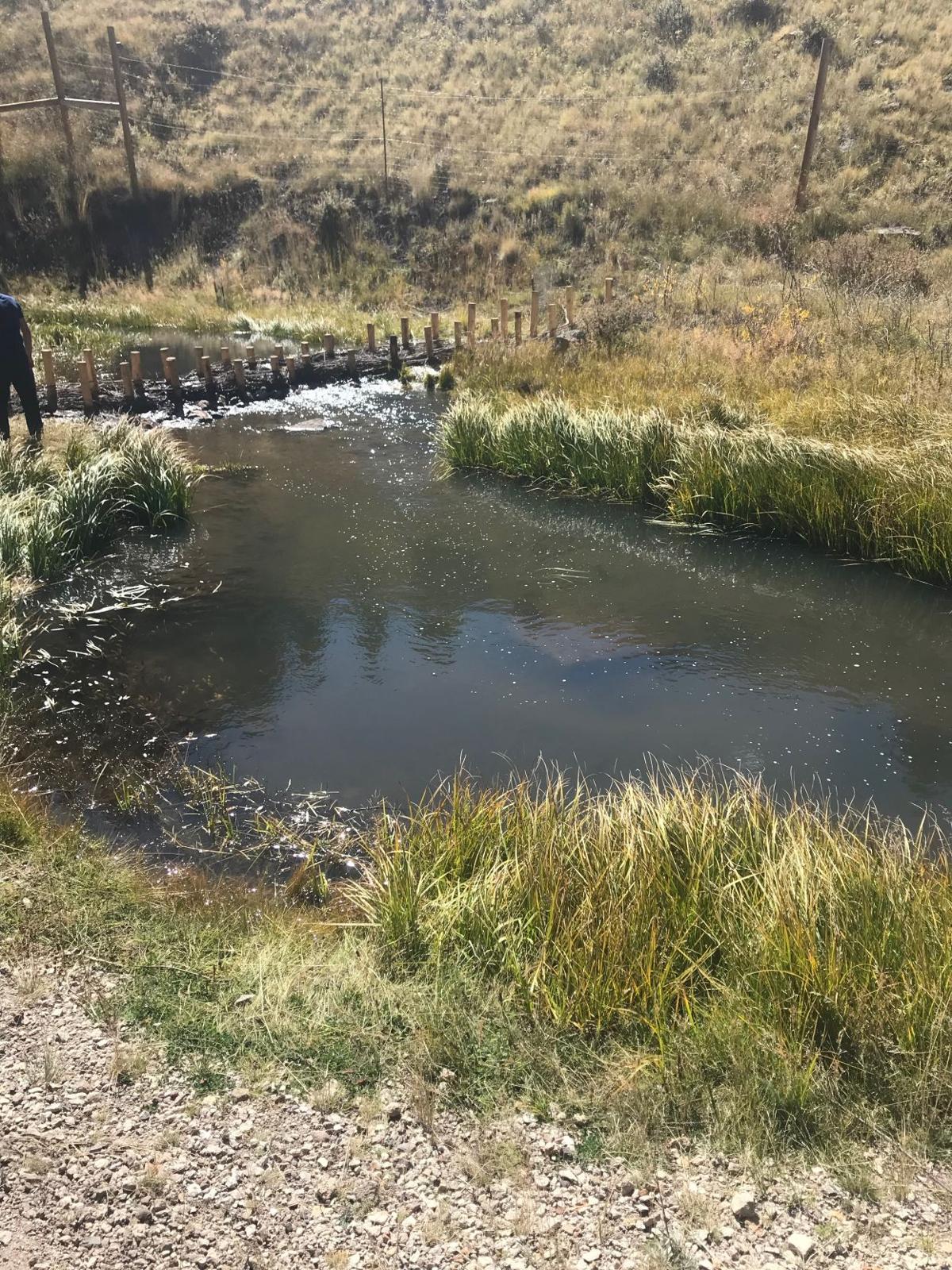 A pool of water sits behind a beaver dam analog on San Antonio Creek in Santa Fe National Forest. Photo by Thomas Hill 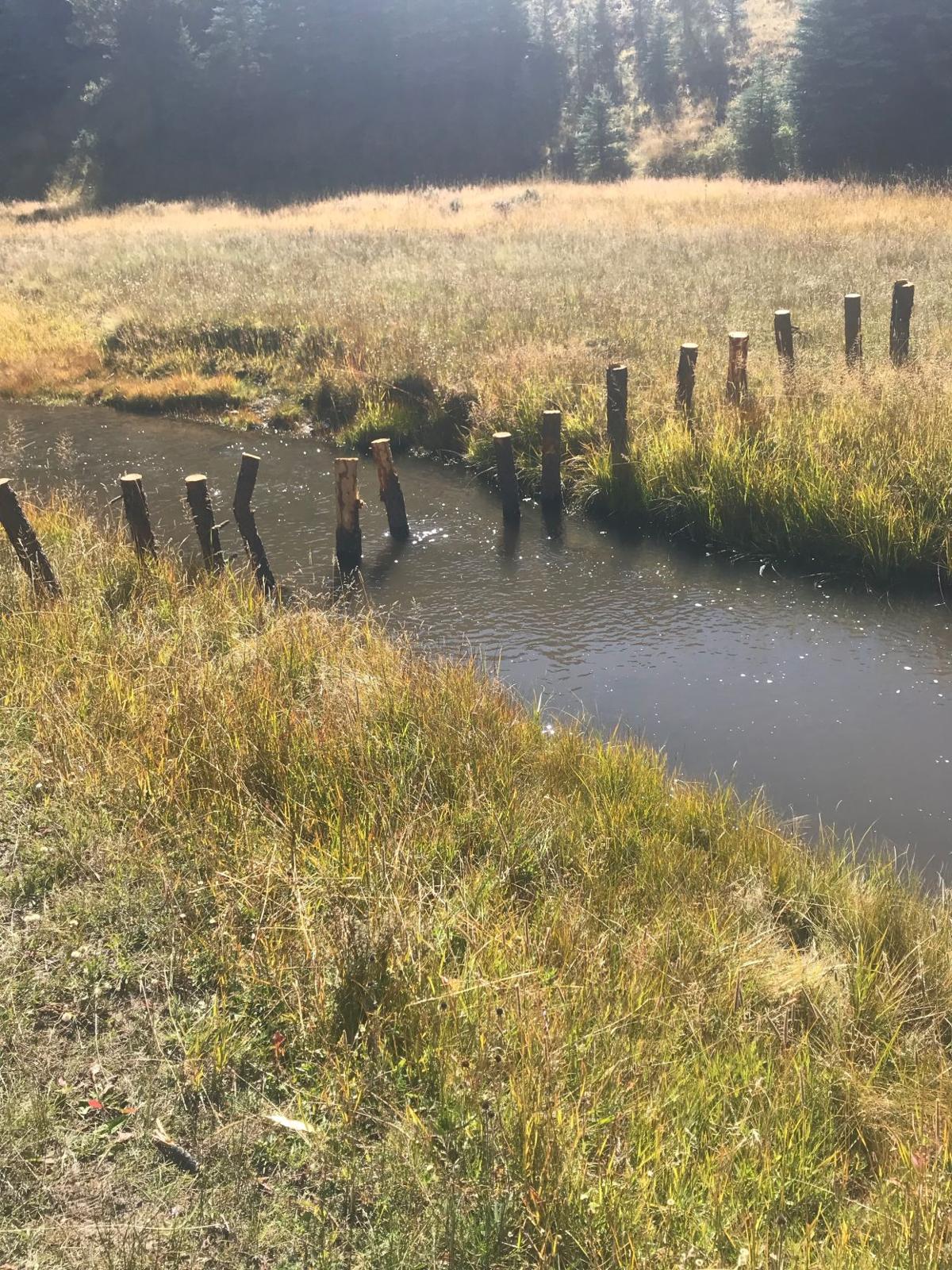 A pool of water sits behind a beaver dam analog on San Antonio Creek in Santa Fe National Forest. Photo by Thomas Hill

There are very few times when I’ve felt like I was giving back to Mother Nature. But last weekend, that’s exactly what I did.

Mind you, I’ve been involved in many service projects throughout my life. I was a member of a service fraternity in college, which required new recruits to plan and conduct a full-scale service project in the local community (we built a playground). And while in the Boy Scouts, I repaired hiking trails and even planted trees. But helping to erect BDAs was on another level entirely.

Beaver dam analogs (or BDAs) are meant to reintroduce the beaver population to areas of local streams that have been subject to overgrazing. When the grasses die, says restoration director Reid Whittlesey of WildEarth Guardians, the beavers lack the resources for them to build their dams. BDAs are fabricated dam structures that help to revitalize flood plains and reintroduce the beaver and, therefore, jumpstart the local ecosystem.

Imagine my surprise after waking up early on a Saturday morning to head from Santa Fe up toward Los Alamos and into the Valles Caldera, into a patch of National Forest land populated with Ponderosa pine trees, monstrous boulders, and lots of dry dirt. My Jeep made the perilous journey from the forest road down to the valley with confident agility, but it was witnessing the BDAs from 100 feet above that first gave me pause. Wooden logs protrude from the tiny San Antonio Creek and its banks several feet apart, perpendicular to the river flow. Upon further inspection, reeds, moistened to make them malleable, create a weaving pattern amid the log stumps, starting at the floor of the creek and stretching toward its banks. Nearby rocks anchor the reeds into place and strengthen their collective resistance against the water, flowing at a healthy pace on a cozy and sunny 70-degree day.

I joined a collection of WEG staff and volunteers in their attempt to erect more BDAs along the stretch of creek that meanders aimlessly through an open meadow, grazing cows just having passed through. For half the day, we collected embedded riverside rock, transported reeds to the sites, and built BDAs. We really had no idea what an impact it was making until Reid and the rest of the gang took us on a tour of already constructed and fully functioning BDAs.

Part of the 3-mile stretch of the BDA zone is protected by fencing on both sides of the San Antonio. Young members of local pueblos are part of the work crew that assembled the fencing, which reaches about ten feet high with larger log posts and wire fencing. They start out as these rough-hewn kids and then, upon connecting with areas that have been in their family for centuries, they are suddenly wholly new persons.

And the valley itself was becoming wholly new, closer to what it may have looked like at a time when Native peoples inhabited this valley. The fully functional dams were sporting wider flood plains and deeper pools where brown trout like to play and feed. Native plants, like reeds, are coming back and thriving. And the illusive beaver shows signs that it is adapting one of the BDAs. Life was returning to water, and water is the source of life.

So it was a day in service to Mother Nature. And it was one of the most exhilarating feelings in the world.